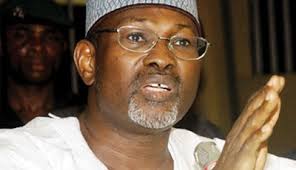 The media has been called upon to partner with the Independent Electoral Commission (INEC) to conduct a free, fair and credible election. The Resident Electoral Commissioner, INEC Kaduna State, Haliru Aliyu Tambawel (OON) made  the call in Kaduna, Tuesday, September 16, 2014 on the second day of a two-day workshop on Effective Coverage and Reportage of 2015 General Elections. The workshop organised by the Nigerian Press Council is supported by the Democratic Governance for Development (DGD) Project II of the United Nations Development Programmes (UNDP) and other donors such as the European Union, UKaid, Canadian International Development Agency, Korea International Cooperation Agency.

The Resident Electoral Commissioner, who was represented by Esther Bago, stated that it was the determination of the commission to conduct a free, fair and credible election come 2015. She said that this cannot be achieved without the media which the commission considers as a partner and a key stakeholder in sensitizing, informing and mobilizing the citizenry towards mass participation during electoral activities.

Mrs. Bago, while delivering the paper stated that INEC cannot single handedly undertake or achieve effective mobilization and voter education with the desired reach without the media. According to her, it was the realization of INEC that to achieve effective mobilization, the media organizations must be engaged in partnership. She added that a Committee (an Inter-Agency Advisory Committee on Voter Education and Publicity (SICVEP) had been inaugurated nationwide by the Commission to that effect.  “The role of the media in voter education is central to the operations of INEC, as it covers every aspect of the electoral process from pre-election period, election period and post-election period”, she said.

A paper titled “How to Meet the Public Expectations of the Media for Free, Fair and Credible Elections in 2015” was presented by a former Managing Director of New Nigerian Newspapers and Lecturer, Mass Communication department, Ahmadu Bello, Zaria, Mallam Mohammed Haruna.

In his presentation, Mallam Haruna stated that the greater responsibility for ensuring free, fair and credible elections lies with the media rather than with politicians. He said that this was in the sense that most people learn about issues, events and people from the media, whether these media are newspapers and magazines, radio or television, or the social media. According to him, the media have immense power to set society’s agenda because they are arguably the most important sources of information and knowledge.

Mallam Haruna urged journalists to be well informed and knowledgeable about the variables whose interplay can foster or mar a free, fair and credible election, as the country approaches next year’s general elections. He referred to these variables as structural, environmental and the resources available to the contestants and that their ability to foster or mar an election depended on how they are handled.

The two days brain thrust was attended by 96 participants comprising experts in the profession, veterans in the industry and journalists from the North West zone states of Jigawa, Kaduna, Kano, Katsina, Kebbi, Sokoto and Zamfara. The workshop came up with a 13 point recommendation as contained in the communiqué released.