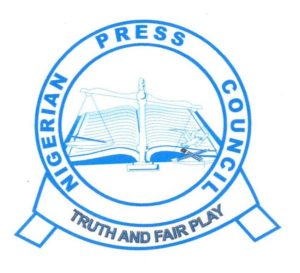 These reports are opinions based on half truth. The whole truth is that following the appeal against the High Court decision at the Court of Appeal, the judgement is held in abeyance until the appeal is resolved.

The Council wishes to reiterate that in Journalism, facts are sacred and comments are free.

The facts about the Council should be known. The idea of Press Council could be traced as far back as 1964 when a compromise was reached between the then Minister of Information, Chief T. O. Benson; Nigeria Union of Journalists (NUJ) and Nigerian Guild of Editors (NGE) to prevent a Newspaper Amendment Act of 1964.

Other moves at establishing the Council stem from the Federal Government Ekineh Committee of 1968. The committee in looking at the future of the Press opined that the non-existence of a Press Council was a serious omission in the socio-political life of the Nation. In 1970, the NUJ called upon the Federal Government to help set up a Press Council. In 1972, Alhaji Lateef Jakande as President of NPAN called for the establishment of a Press Council. While In 1992, Decree 85 was promulgated in agreement with the industry stakeholders, NUJ, NGE, NPAN to establish the Nigerian Press Council with Journalists as predominant members, using the Code of Ethics to oversight journalism and with Alhaji Alade Odunewu as Chairman.

An Amendment Decree 60 of 1999, proposing clauses on:  Code of Conduct; an Executive Secretary; Documentation and Registration of Newspapers; Registration of Journalists; Penalties for Unprofessional Conduct; among others, made the NPAN and some NGO’s to file a suit, FHC/L/CS/1324/99 at a Lagos High Court. The suit challenged the President, the Attorney General and the Minister of Information from implementing the law, which the plaintiffs claimed violated section 39 of the 1999 Constitution; and also contended that the National Assembly was not competent to make laws regarding the Press.

However, in 2002, Professor Jerry Gana, then Minister of Information, met and agreed with stakeholders, NUJ, NGE, NPC, BON and NPAN on fresh amendments that if passed by the National Assembly, NPAN will return to the fold of the oversight of NPC.

In May 2010, a proposed bill to repeal the NPC Act by Hon. Abike Dabiri-Erewa led to the House of Representatives House Committee on Information composing a committee of stakeholders; NUJ, NGE, NPAN, NPC and NAN, headed by Prince Tony Momoh to further review and update the earlier agreed bill of 2002 for consensus. The Tony Momoh Committee proposed bill is now before the House of Representatives for consideration and passage into law as a consensus law.

With the amendment yet to be passed into law and the law suit subsisting Justice A. M. Liman on February 25, 2010, after 11 years of the suit, ruled seventeen of the thirty-two clauses of the NPC’s act to be in conflict with the 1999 Constitution.  However, he upheld that the National Assembly can make laws for a professional occupation.

The judgment was immediately appealed by the defendants with a stay of execution at the Court of Appeal, thereby holding the decision of the High Court in abeyance for the judgment of the Superior Court.

From the foregoing facts, reports based on the communiqué and the advertorial by NPAN alleging clandestine moves to revive the “moribund Press Council as a usual official tool to gag the Press” is not only misleading, but may portray our professional colleagues as deliberately not purveying the true position based on the foregoing facts which may lead to scare mongering.

As the issue is subjudice, it will suffice to assert that the alarm is false.  The Press Council is NOT against Press Freedom, rather its function is to “ensure the protection of the rights and privileges of Journalists in the lawful performance of their professional duties” and however hold Journalists accountable to the public in the context of the Professional Code of Ethics of Nigeria Union of Journalists.